It is in 1942 when the first technical description of the breed was done. In that date, it was considered a variety of the group of breeds called "Morenas del Noroeste" (Northwest dark-haired), that today are many different breeds (Alistana-Sanabresa, Vianesa, Frieiresa, Sayaguesa, Limiana…). In fact, in the Spanish Breeds Official Census of 1979, Alistana-Sanabresa was considered two different breeds: Alistana and Sanabresa. Finally, just two years later, in the Autochthonous Spanish Breeds Catalogue, Alistana-Sanabresa appeared as a single breed. Traditionally Alistana-Sanabresa breed had a triple aptitude; it was used as a draught animal for agriculture labours being its meat and milk also consumed. With the industrialization of agriculture, from the '60, its use as a draught animal has been consigned to the oblivion, being nowadays dedicated to beef production.

In the middle of the last century the Alistana-Sanabresa breed had an estimated population of 37.000 animals. During the following decades the expansion of industrialized agriculture gradually substituted draught animals by vehicles. The "modern" production systems (intensive farming, foreign high productive breeds…) pushed traditional farms to isolated areas where the Alistana-Sanabresa breed was more adapted and was conserved,

In the last decade the breed census seems to be recovering, being nowadays above 2.500 animals. There has also occurred a modest expansion of the distribution area of the breed. Alistana-Sanabresa animals can be found nowadays in most of Zamora and in many others provinces of Castilla y León.

In the 70's the Ministry of Agriculture through the Censyra (Breed and Selection Center) of Lugo, began breeding selected males to face the lack of Alistana-Sanabresa stub bulls, loaning the animals and providing semen doses to breeders and creating a semen bank of the best animals.

In 1995, Regional Agriculture Authorities began a subsidies program to support endangered autochthonous cattle breeds. Three years later the Alistana-Sanabresa Pedigree Book was created. In the same year, Agriculture authorities supported the formation of A.E.C.A.S. the breed association, that from that date have coordinated Alistana-Sanabresa farmers for the development and conservation of the breed, organising meetings, courses, promotional activities, performance recording, etc.

The activities implemented from the middle 90's seem to have had positive effect on breed demography since they have coincide with an increase of Alistana-Sanabresa census that hopefully will be maintained in the coming years. 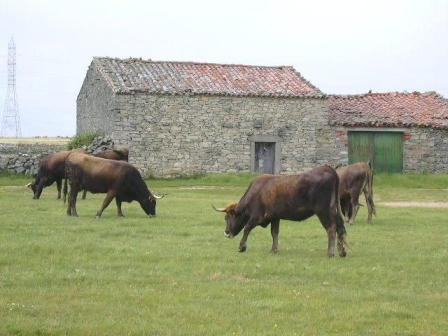